Then and Now Starring Julian Glover won two awards for best dramatic short and the audience award at the SE10 film festival at the weekend! 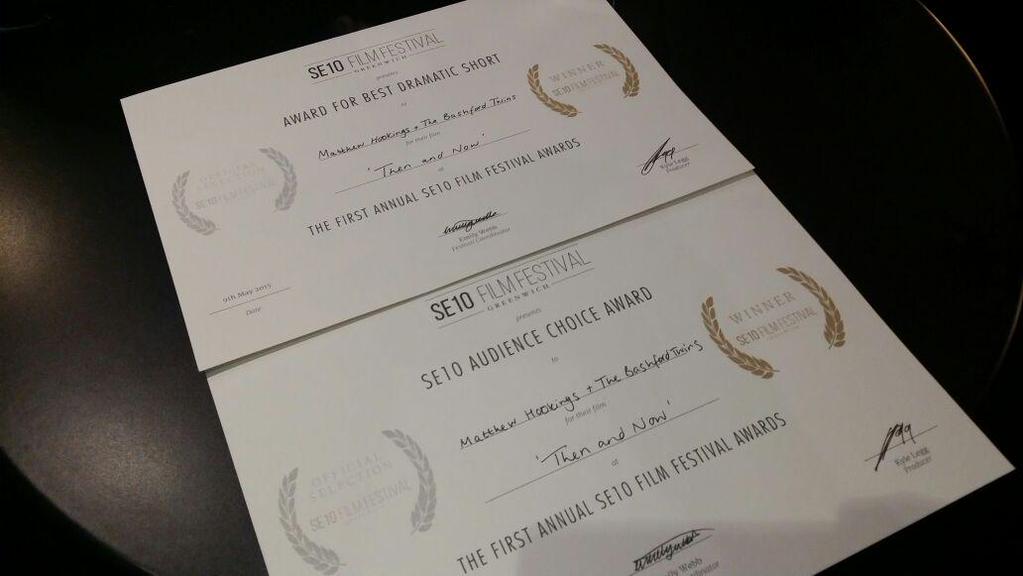 It was  a great event and there were some fantastic short dramas and documentaries shown by up and coming film makers. My personal favourites included the moving drama doc ‘Samm’ by Rebecca Harris, the composition of ‘Barbican – Urban Poetry’and the creative use of camera formats in the cinematography of ‘Paper Planes’ by Daniel Thompson.